A week in land of happiness (Bhutan)

Starts at
₹ 15899 per person
See your Wanderlist 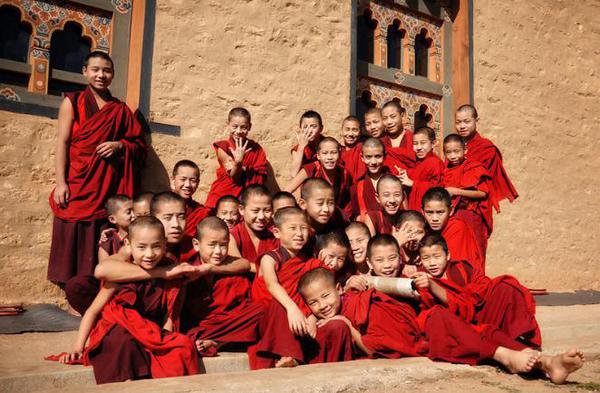 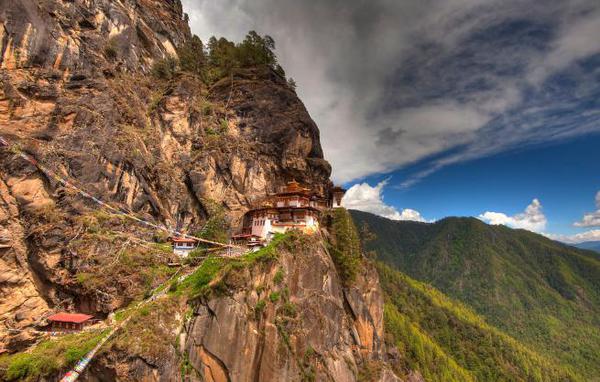 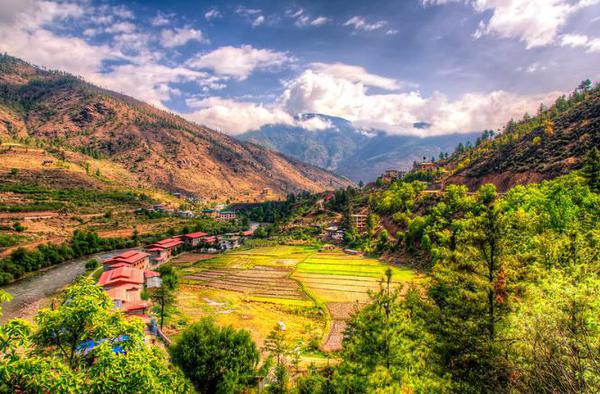 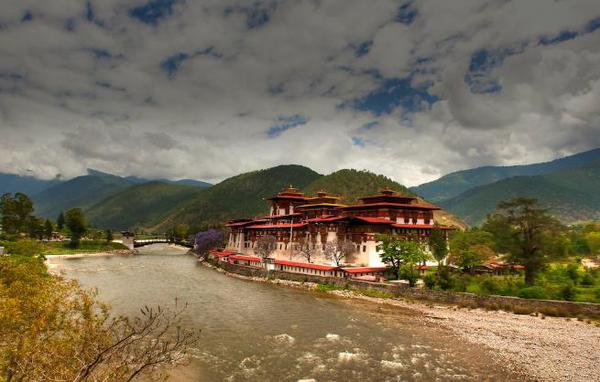 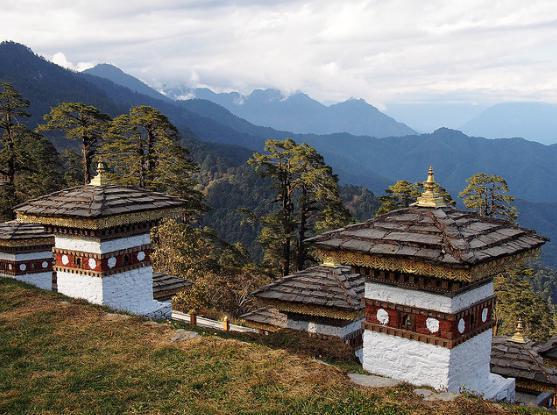 Go with your private group

For a group of

Since your group size is large, contact the host to get the best price.

Bhutan is one of the most popular travel destinations in the world. Bhutan is often referred to as the last Shangri-La on earth, nestled deep in the valleys of the Himalayan mountains in southern Tibet. Travelers, the country is known as Bhutan, but the population calls itself proud Druk Pa and her country Druk or Druk Yul – the land of the thunder dragon. The number of tourists traveling to Bhutan each year is deliberately kept low to protect the country from excessive influence and make the trip a unique experience for every visitor.

this trip is spcialy designed to give you an inside of Bhutan, where you can experiance nature, culutur & heritage of Bhutan.

On arrival, guests will be received at the Bagdogra Airport / New Jalpaiguri Station by ZiniGo Guest Experience Executive who will drop you to Bhutan India border.  Drive to your hotel. Overnight stay at Phuntosholing.

After breakfast Drive to Immigration office for Permit. After permit done transfer to Thimphu upon reaching, visit the following.

Kuensel phodrang The Kuensel Phodrang or the Buddha point is the world‟s largest sitting Buddha statue, the statue is 167 feet high. The statue is situated on top of a hill overlooking the city of Timphu, it can be accessed by road and is about 15 minutes away from the city‟s center. The word Kuensel means everything is clear and from this place you will sure enjoy a great view of the Thimphu Valley on both sides. The statute will house a temple inside it, the statue and its adjoining car park and recreational center are currently under construction and is expected to be ready by December 2012. The statue is constructed out of bronze and is studded with many semi-precious stones. Since they are no factories in country that can make such a large bronze cast structure, statute is being manufactured in China and the pieces are brought to Bhutan and are assembled here. On the drive to the statue the steep winding hill road offers an unparalleled view of the city of Thimphu and is an excellent place to capture a view of the city especially after dark. A journalist once described the view as “seeing an osasis of light in the desert of darkness “as the city light of Thimphu shine very bright in an otherwise dark Thimphu valley.

Post breakfast visit the Immigration Office to extend your permit to go towards Punakha. Then, visit the following

Folk Heritage Museum: The folk heritage museum was open to the general public in 2001 upon completion. It treasures troves of culture and rich Bhutanese heritage provide rich insights into the Bhutanese ethos. Try to schedule your visit during the morning hours since the museum is less crowded at that time and there is plenty of sunlight to go around. The folk heritage museum is housed in a replica traditional Bhutanese house learn first-hand about Bhutan‟s rich cultural traditions, its deeply rooted heritage which spans thousands of years and the Bhutanese way of life. The tour of this almost living museum will also give you a glimpse onto how many rural folk of the country live today following the ancient Bhutanese ways.

Memorial Chorten: Referred to as the Memorial Chorten, it’s actual name is Gongzo Chorten or Gyaldren Chorten. The chorten (stupa) is a chief landmark in the capital city and is also a most sacred place of worship for local people. The idea of the chorten was conceptualized by the Third King His Majesty Jigme Dorji Wangchuck to ward-off negative energies. After His Majesty’s demise, the chorten was built in his memory by the 4th King and the then Queen Mother in 1972. Many old people come here early in the morning to circumambulate and say their prayers in the hopes of garnering enough good karma for their afterlife; they are joined by the middle and the younger generation in the evenings who also come to do either the same thing or to just relax their mind. The doors of this stupa remain mostly closed except on holy days. Inside, there are three stories and on each floor are statues of protective deities.

Changangkha Lhakhang: It is a 12th century temple sitting on top of a hill overlooking Thimphu valley with the main statue of Chenrizig (The Buddha of Compassion). This temple is often mistaken for a dzong by visitors because it looks like one, and apart from the temple it also houses a monastic school. Most of the couples go to this temple soon after birth to get blessings for their child.

Post breakfast, drive toward Punakha, stop at Dochula Pass (3,100 m), where on a sunny day, you can get stunning views of the Himalayan ranges. The Dochu La Pass is probably the best known mountain pass in Bhutan. Located at an altitude of 3150 meter above sea level, the Dochu La Pass is about 30 kilometer away from the capital city Thimphu and the road to Punakha. On a clear day the pass offers visitors a spectacular view of the majestic eastern Himalayan Ranges. A cup of hot coffee or tea at the pass has almost become part of tradition for people travelling to and fro from Punakha to the capital city.

There is a small cafeteria at the pass that offers a chance for travelers to enjoy a hot beverage or a snack, it is located just off the road and overlooks the pass and is an ideal place to sit back, relax and enjoy the view. Another striking feature at the pass are the 108 Druk Wangyal Khangzang Chortens, that were built for the well-being of all sentiment beings on earth. The 108 Chorten were built as a tribute to the Kings of Bhutan for their selfless service and leadership they offer to the people of Bhutan. These Stupas or Chortens also represent the peoples love, appreciation and loyalty towards the country’s King.

Continue drive towards Punakha and stop at Lobesa village and have lunch before going for a short hike to Chimi Lhakhang (Temple of Fertility), it is dedicated to Lam Drukpa Kuenley (Divine Mad Man) and is the place from where Phalluses  originated as the symbol of fertility and protection and can be seen everywhere in Bhutan, on house walls and roofs and altars. Childless couples usually go to this temple to get blessings so that they conceive and are blessed with a child.

(NOTE: The temple and has some sexual depictions. You may want to reconsider visiting this place if you are not comfortable with children seeing these)

Then drive to Punakha Dzong: The Punakha Dzong or the Pungtang Dechen Phortang Dzong is located at the confluence of the Mo Chhu and the Po Chhu River, combine to form the Puna Tsang Chu which in turn is a tributary of the mighty Brahmaputra River. The Dzong was constructed by Zhabdrung Ngawang Namgyal in 1638 on the exact spot as prophesized by the Guru Rinpoche some 800 years ago. According to the prophecy of Guru Rinpoche “a person named Namgyal will arrive at a hill that looks like an elephant”. Another legend associated with the Dzong is that of Zowe Palep, the architect of the Dzong received vision of the Dzong in his sleep. This vision got imprinted in the architects mind and enabled him to construct the Dzong without putting his plans to paper. Then transfer back to Paro.

Have early breakfast and drive up to the base of Taktsang Monastery (Tiger’s Nest). The most famous and sacred site among all the places in Bhutan. Guru Padmasambhava is said to have come riding on a flying tigress to this place and meditated in a cave for 3 months, it wasn’t until Zhabdrung Ngawang Namgyal came to this place and meditated that it gained the popularity that it has now. The present structure is said to be built in the 15th century but was destroyed by fire in 1998 and has been restored.

The walk is about 2 hours till the top through wide pathways which was built during the restoration works. One hour into the climb there is a tea point from where you get a very good view of the monastery, they also serve lunch here. From there it’s about another 45 minutes climb to the 2nd view point and the highest point in the hike.

Kyichu Lhakhang: Considered the oldest temple along with Jampa and Kenchosum Lhakhang in Bumthang, it dates back to the 7th century when a Tibetan King ordered 108 temples to be built in a single night to subdue a huge ogress. It was later renovated in the mid 19th century and in the late 1960's by the Grand Queen Mother. It is also considered by many to be one of the holiest places in the country. Inside the compound is an orange tree which always has oranges no matter what the season.

After breakfast departure transfer to Phuntosholing. Evening at Leisure.

After breakfast departure transfer to Bagdogra (IXB) Airport for your onwards journeys. 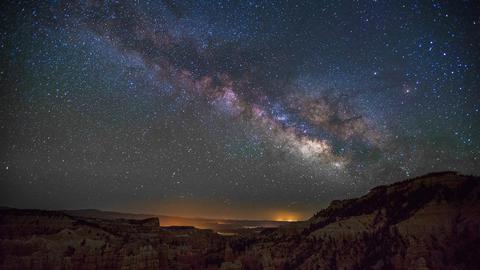 ZiniGo is one of the finest DMC promoting Bhutan as destinaion from more then a decade.

1. Our local presence allows us to give personalised services.

2. Till now we have succesfully managed more then 15000 + happy guest.

4. All are team members are tourism professionals having indepth knowledge of destination to show you inside.

5. Our choosen hotels, transport and guide services are handpicked and personally inspected to ensure a memorable trip. 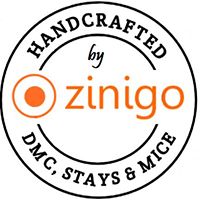 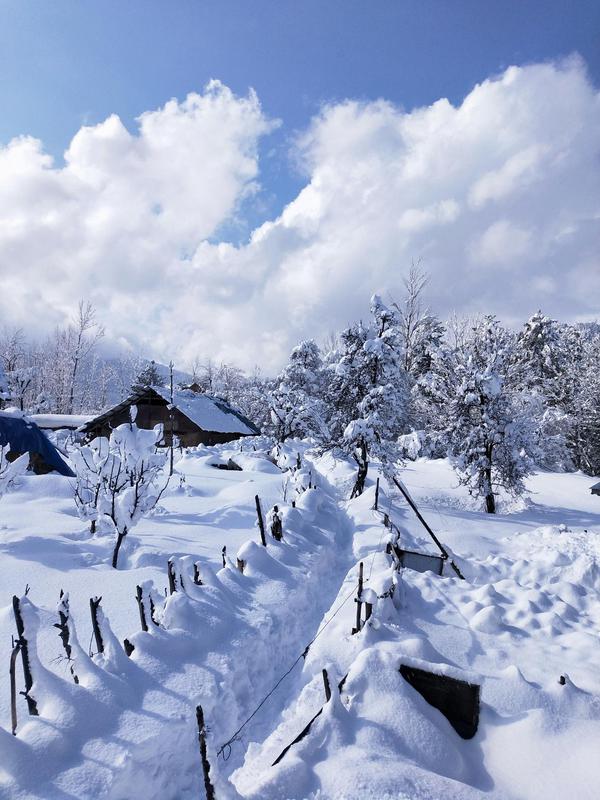 See Kashmir - the heaven on earth in backpacking style 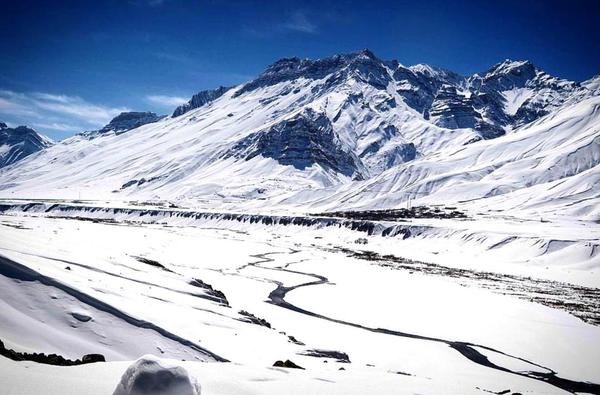 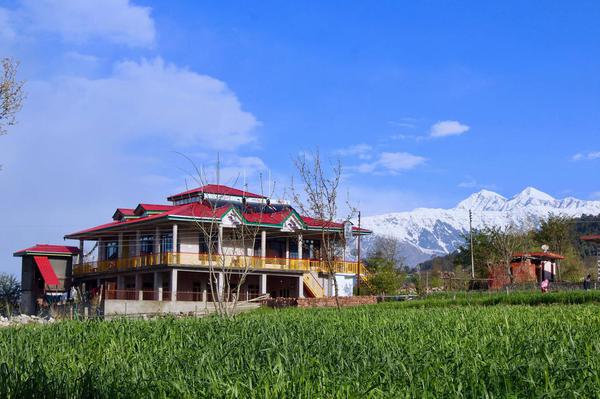 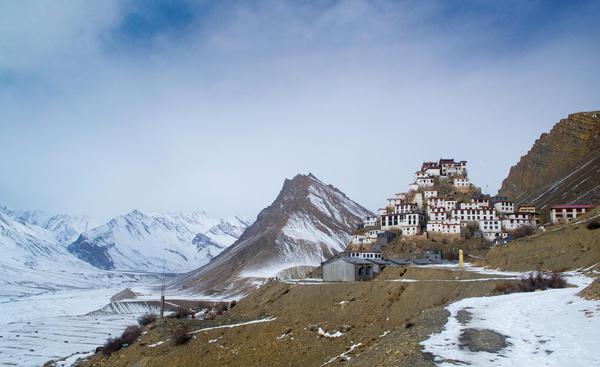 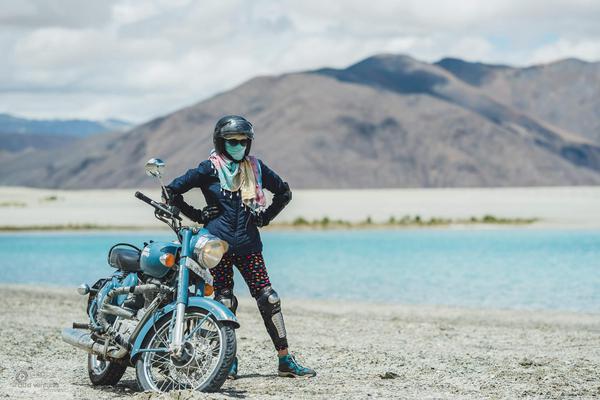 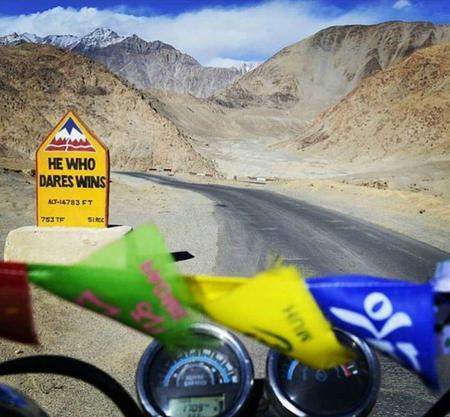 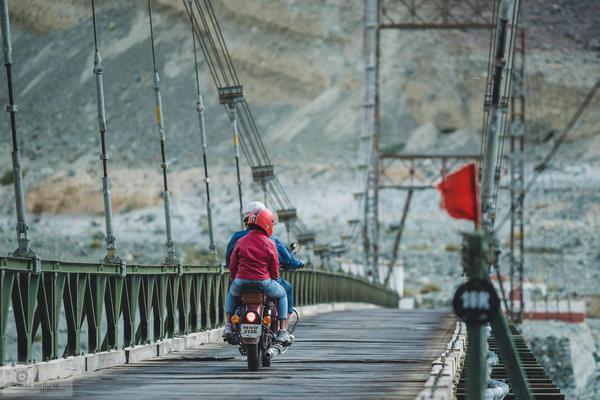 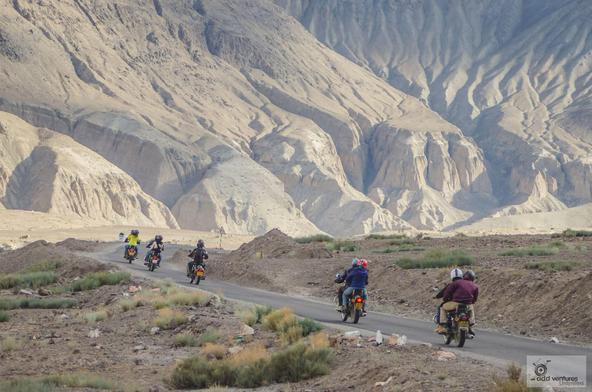 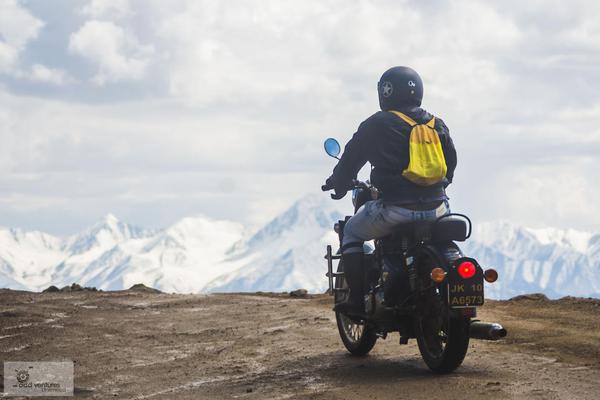 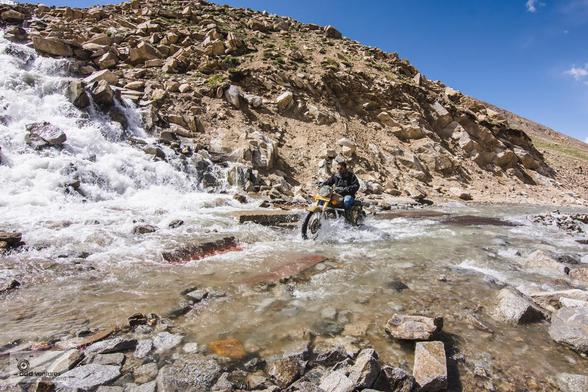 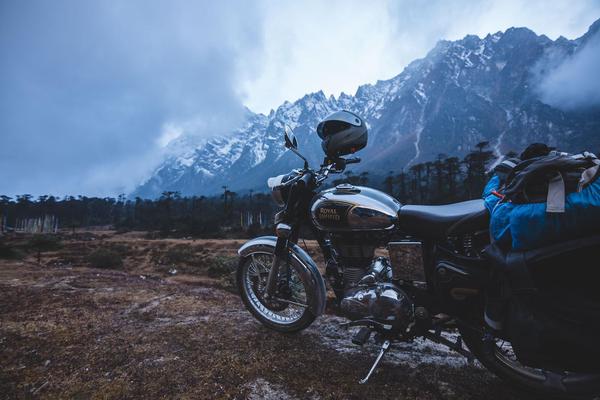 A ride to hidden Paradise 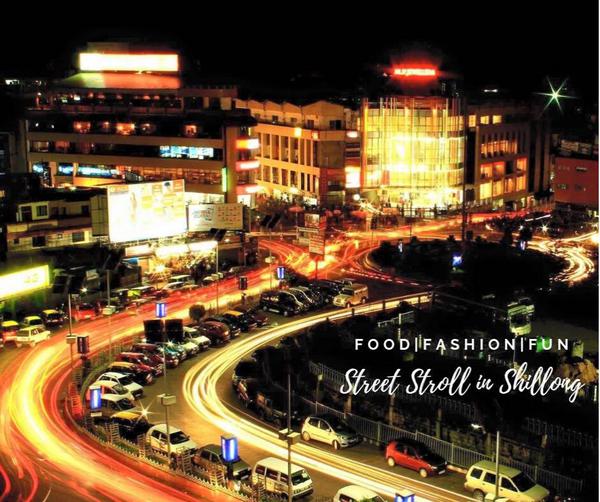 Check Northeast off your bucketlist with this handcrafted Experience of Meghalaya 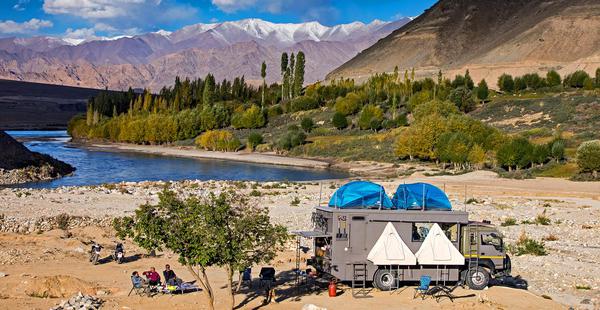 One of it's kind mobile camping 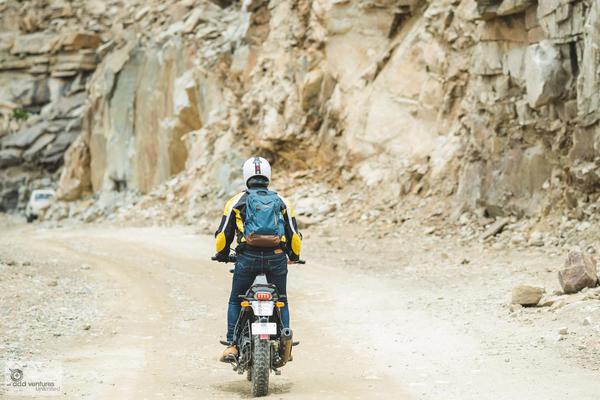